Background Knowledge for Streams to the River

We are starting Streams to the River this month just as we are finishing our Native American unit in Social Studies.  This year we studied the Pacific Coastal People in a Story Path.  This curriculum leads the students through an interactive story about the Native Americans in our region of Washington.  At the beginning of the unit the classroom creates the “setting” of the story by building a bulletin board.  I made the connection to CIA’s first quadrant focus on story elements (setting, character, and problem).  The next part the students learn about the people of the NW Coast along with their village (long houses), jobs, and lifestyles.  The class then has the first white traders come and that leads to settlers coming in and claiming the land as their own.  This part focuses on the early 1800’s just after the time of Lewis and Clark’s Expedition.  The last part of the Story Path leads to relocation of the village onto a reservation.  I feel that this was a good background experience to have before we started Streams to the River.  Now my students have an understanding about what it was like for Native Americans to encounter “white men” for the first time.  I have been referencing this Story Path experience as we have started Streams.  During the lesson of comparing and contrasting the Shoshone and Minnetarees. I also brought in the local Coastal tribes and talked about their lifestyles of hunting/gathering, building long houses, and using salmon and cedar as their main natural resources. 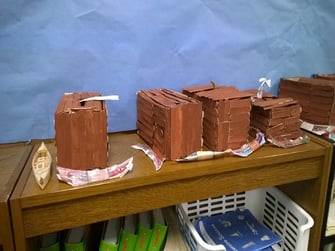 I love the background lessons that the students get during the first week of Streams.  We purchased the DVD about Lewis and Clark and combined two classrooms to watch it as a large group.  This gives a great visual for the students before they start reading the book.  My grade level has also purchased classroom sets of Kids Discover magazines for Sacagawea, Lewis and Clark, and the Northwest Coast People.  I also have a Westward Expansion book that talks about both perspectives of the settlers and the Native Americans and it references Sacagawea.  We also have our WA State History curriculum text books with a chapter on this topic as well.  You should have no problem finding additional resources or pairing for this unit.

Another part of Streams is getting to know Sacagawea better and thinking about her feelings and actions.  By already reading several Native American legends, my students could make the connection between how Sacagawea feels or respects the land and the animals.  We read several stories about the animal spirits and how the Native Americans respected Mother Nature and the land.  Here are a few local Pacific Northwest legends/stories: 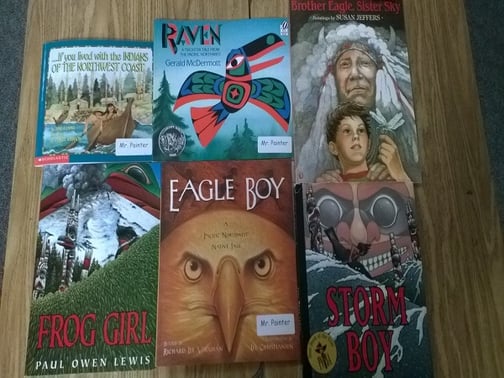 One reason I love the third CIA unit for 4th grade, Streams to the River, River to the Sea, is the...

Setting Up the Classroom Library

Setting up the classroom library can be a daunting process. How do you organize books? Do you focus...

My daughters’ school district launched online learning last week, only to be shut down by the state...